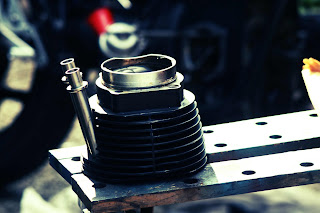 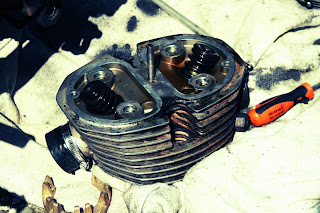 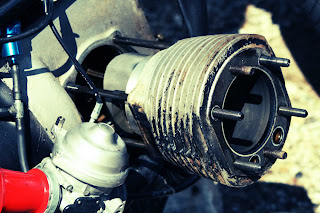 I made some progress on the BMW and I thought is was about time to ask for your opinions. Right now she looks like this: 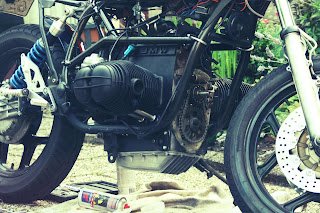 As you can see: I repainted the engine, but stripped the paint of the carter. At the moment I'm thinking about polishing (lightly, not too shiny!!) the carter and the (ribbed) timingchaincover and leaving the rets of the engine black. Your thoughts on this?

I also found time to work on the BMW. The engine has been rattling for a while. After checking the valve clearances and doing a few internetsearches (and hear a couple of BMW's make the same noices) I decided it would be normal valve sounds (remember, loud valves, are happy valves). But on the Achterveld caferacermeeting a guy came up to me. He had been a BMW mechanic for a large part of his live and he told me my timing chain is the source of all the rattling. I decided changing the timing chain wouldn't hurt. It won't..... The old chain was about 0.5 cm's longer than trhe new one, the tensionerspring about 1,5 cm's shorter than the new one and this is what the tensioner itself looked like: 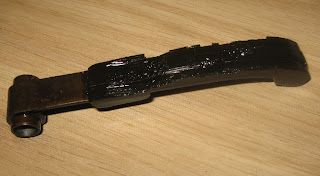 There was quite a bit of slack on the chain, so I'm vconvinced that the chain was the source for all the rattling you could hear:
I decided not to save time or money on this job, I just want to do it right. So I ordered a lot of stuff; head, foot and carter gaskets, new (stainless) pushrodtubes (and the rubbers), timing chain, guides, tensioner, spring, brake cups and some more. I also went to IKEA (yes, IKEA) and bought new soon-to-be velocitystacks (one of the currentones got damaged in a 'backfire incident'). I don't know what they are supposed to be (I think they're for salade oil), but with little work they'll be great velocitystacks for very litle money :) 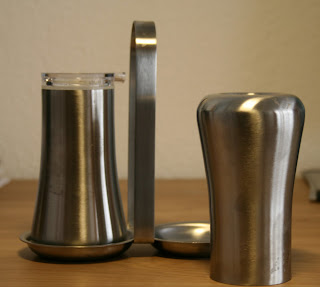 Sorry, this blog has gotten a bit neglected.... I got a fantastic job for the summer holidays. That means that I'm very short on time. But I'll also have a much higher budget to work on my bikes than I expected. Anyway, the Virago.....

I used our new lathe to make a rear light. It contains 12 clear leds that light up in red (ofcourse). I'm not sure yet if I'll leave it on the rear fender like it is, move it forward a bit or maybe put it under the sadle (opinions are welcome). 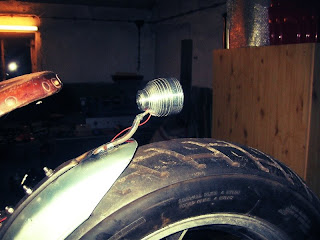 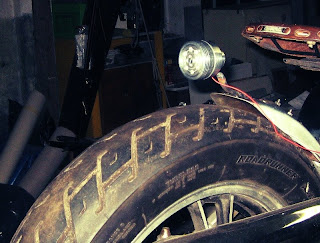 In the mean time my mate's been busy with building our own CNC plasmacutter. It's not finished yet, but the first test look very promissing!

The BMW has been making rattling/ticking noises ever since I bought it. I made it a lot quieter by replacing the clutch, but it still kept sounding like it really, really needed it's valve clearences checked. But that wasn't the cause. I decided to change the timing chain. Even if that may trn out not to be the cause of the sound, it won't hurt! Started this morning, didn't get very far, I'm now waiting on parts. 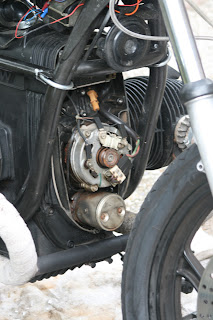 Since I have to wait anyway I decided to start on something else that really needed to be done (imo). The engine was already painted black when I bought it. Although I like the black, it was a very sloppy paintjob. So I started removing the paint. Not too sure yet if I'll paint it black again, but I probably will. 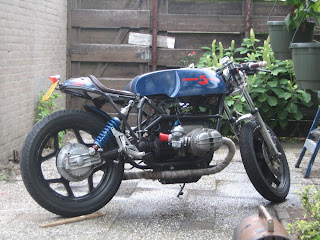 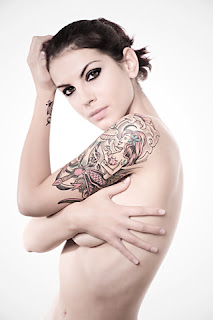 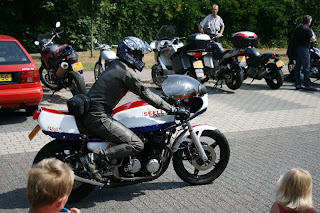 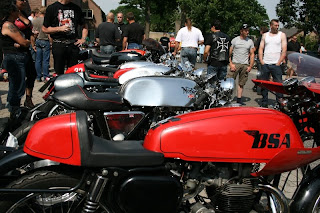 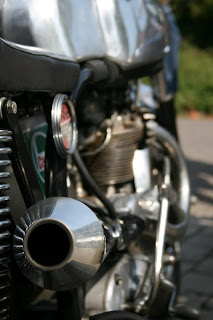 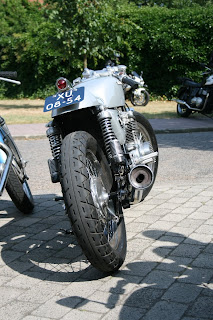 The rest of the pics can be found here

If you want one of the pics in a larger size, you can email me via this blog.

Sort of finished the lefthand indicator :) Pretty happy with it, but not sure I'll keep it the way it is.
Gepost door MIOB op 06:17 Geen opmerkingen: