I wanted the handlebars to be mounted lower. The first set up was this: 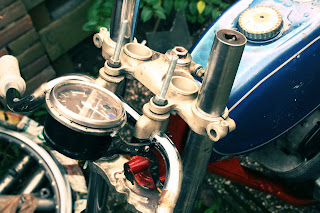 Although this set up was strong enough to lift the bike off the ground with the bars I wasn't too convinced it would be strong enough. The last thing you want on a bike is the handlebars coming off. So I nicked someone else's idea: 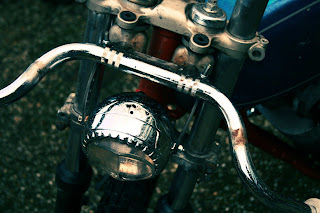 This is a lot stronger and it gives a better base to mount the headlight brackets to. 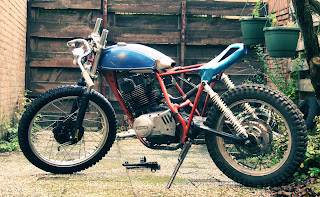 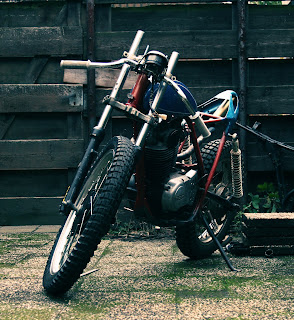 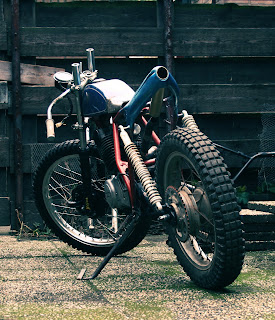 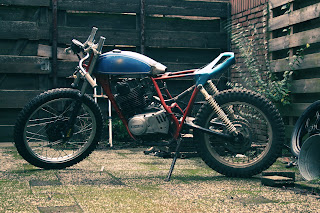 A rear wheel :) Took some time, and it'll take some more time (I'll need to make some bushes), but it's on two wheels, finally. And yes, those are knobby tires, I wanted them, though it won't really help road handling....
Gepost door MIOB op 02:14 Geen opmerkingen: 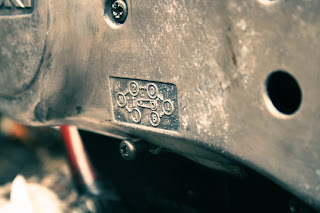 No, changing the color of the rear isn't the only thing I've done today, but it's the most visible one. It's getting boring, I know, but I'm still waiting on a rear wheel. It should be on the way now... (I was hoping to get it today, but unfortunately not). But the BMW front wheel is the same size, so it'll do for a mock up.

I'm still not too happy with the overall looks. I like the rear, but I don't want it to look too much like a streetfighter and this way it sort of does. Something to think about some more. It also became clear that I have top shorten the forks a lot. I can only hope it doesn't change the rideability too much.

One option for the tankposition: 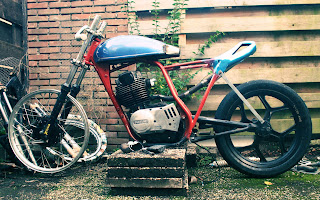 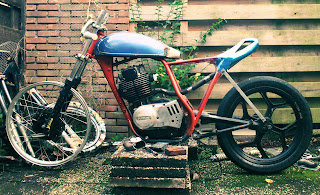 And did some more work on the rear... Made the lines a bit smoother. Also started on the job of making the tank a bit longer. Again: don't pay any attention to the colors, I'm trying out some paint techniques, doesn't really seem to work though. 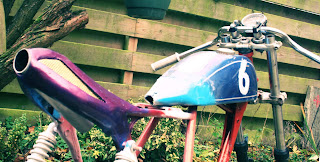 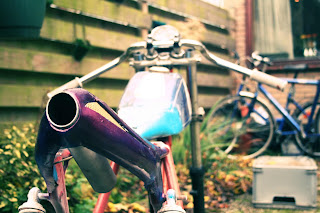 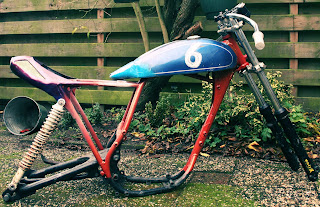 Did some more work on the rear end. Pretty sure I'll keep it like it is now (except for the color and some finishing) 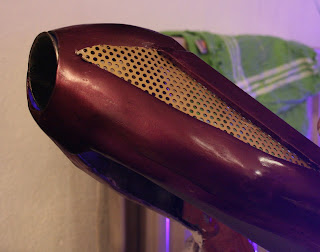 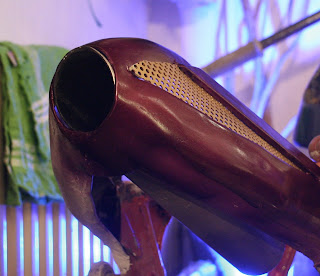 It's been a while, I've been very busy with exams. Anyway, the bike:

I didn't like the rear, just too simpel/too straight forward. So I cut it off and went to the local Kwik Fit for some free pipes: 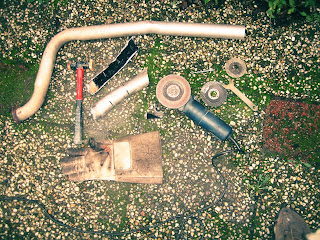 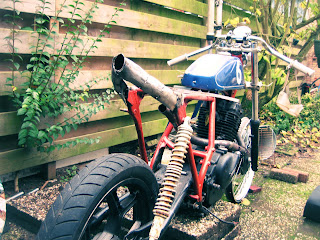 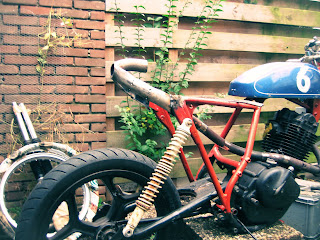 Don't mind the holes, I had a hard time welding this. They are old exhaust pipes of cars and I think the steel has quiet a lot of impurities. Te exhaust will end in the hole that's at the back. 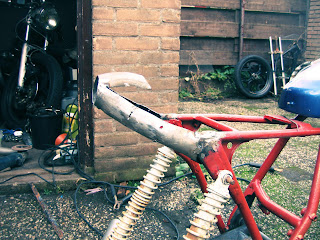 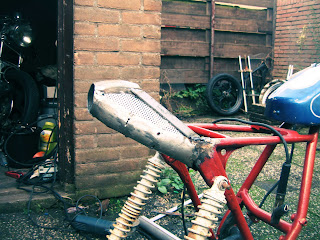 Don't pay any attention to the purple, that was just a paint experiment: 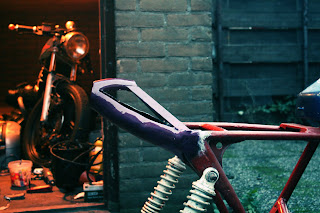 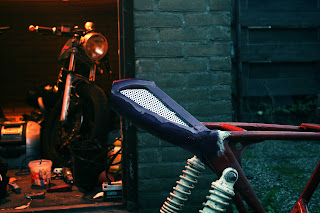